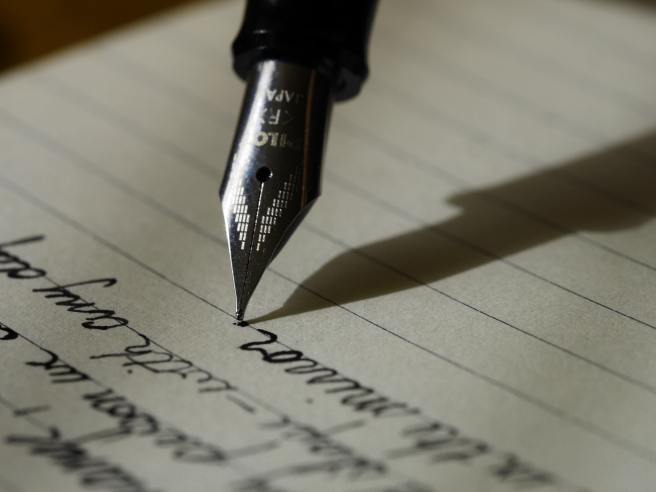 In my early NaNoWriMo attempts this year, I discovered something I wanted to share…

So in October, I had this idea for a novel.

I wanted to do some kind of spin on one of my favorite books of all time, Agatha Christie’s And Then There Were None. In case you’re unfamiliar, it’s about ten people trapped in a mansion on an island who die off one by one and they have to figure out which one of them is the murderer before it’s too late. I love the idea of characters physically trapped somewhere, unreliable narrators, not knowing who to trust, as well as characters with so many shades of gray you don’t know who to root for.

I was trying to find a way to make this idea my own. Some kind of NA retelling of the murder house. So I came up with a concept, outlined it, wrote out character studies, picked a setting, and come November 1st, I got to work.

I don’t just mean, I got writer’s block. I mean, every word I wrote was abysmal. It was as if I’d never written a thing before in my life. Wooden characters, unrealistic dialogue, shitty cliched descriptions–the works.

I persisted for two days–actually meeting my word counts both days, telling myself it didn’t matter, just get the draft down–before realizing something.

I was writing the wrong story.

Writing is not always blissful. A lot of it is hard work. But–it’s always been work I’ve enjoyed. My story, even when it’s driving me insane, has always been something I’ve loved working on. This–this was painful.

It took me a few hours of thinking before I officially decided to give it up. It was such a good idea!

But the idea is meaningless if you can’t execute it.

So I shelved it. Three days in, I re-outlined an old idea–my YA fantasy, which I’d put aside months ago because world-building is hard. I took the stuff I had already drafted–really just the intro and the inciting incident–cut and pasted what I wanted to keep, then restarted my word count anew.

Seven days into NaNo, and I’m only at 7K (new) words–well behind what I should be at right now. So I’ve got some catching up to do.

But I’m okay with that.

Because–I’m excited about this one. I love my characters, love my (still-being-built) world, love my outline, and love the words I’ve written so far. The magic has returned.

So if you ever find yourself in a situation like mine, where you are bafflingly hating a process you normally love–take a step back. There’s a tremendous amount to be said for persistence, especially when it comes to writing a novel–but not every novel inside of you is meant to be written. Sometimes you have to shelve something–not matter now long you’ve been working on it–to make room in your life and your brain for the novel inside you that is meant to be written.

If you’re NaNo-ing, or have in the past, what are some unexpected lessons you’ve learned thus far?

Photo by Aaron Burden on Unsplash

One thought on “Writers: Write the Right Story”