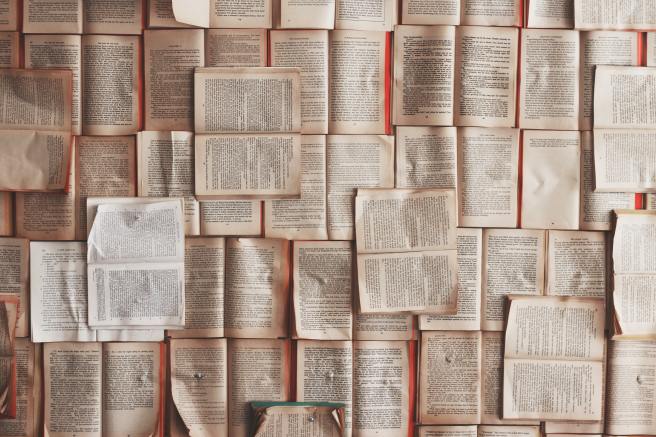 This past weekend, I hit a wall with my current novel-in-progress. I’m not sure what it is, only that I lost the love of writing it.

This has happened to me before. And I knew I had two choices.

2. Close the document and write something else.

Nine times out of ten, I choose the former. I am a big proponent of perspiration trumps inspiration.

But last weekend, I chose the latter.

Because there was another story I set aside a little while ago—and it was calling to me. Like, interrupting my sleep. It wanted me to work on it. In a way my YA Fantasy didn’t. And so I answered the call.

I used to be a big proponent of “finish what you’re working on”. That is, until I spent five years working on one story that’s still not ready for publication. And until I stopped midway through a draft of something else to produce my second story, which is the one I’m the most proud of and is largely considered to be my best work (by the 6 readers who’ve read all 2 of my works).

Because it was calling to me.

Which got me thinking about just how many manuscripts, finished and unfinished, that I have, and wondering whether or not this is normal.

1. The YA Mystery aka The Chateau Story In which a brother and sister move to a mysterious chateau in France after they’re orphaned and have to figure out the massive family secret. The aforementioned languished-on-for-5-years novel. Finished! Except not really because it needs to be fixed. I feel like I need a decade of distance from it to figure out how. This one isn’t so much abandoned as taking a breather.

2. Its sequel. Which I actually really like, but I need to fix the first one before I finish the second. Abandoned after six months. I actually can’t wait to return to this one. It may be better than the first.

3. The Only Non-YA aka The Cousin Story In which cousins who don’t know each other inherit a house and have to live in it together. I loved the beginning of this. Multi-POV from different ages and sexes, everyone with their own set of problems. Then I realized I had no idea where to take it. There wasn’t enough tension. A guy in my critique group was pushing for some cousin-romance, which is all fine and good for other writers, but I’m not really into incest. Ew. Abandoned after a few months.

4. The YA Journal aka The Paris Story In which I took my actual high school journals from my trip to Paris and attempted to turn them into a YA novel. I switched it from journal format to regular format then back again. I struggled with making the characters different from the actual people I knew in high school. Abandoned after a few months, to write…

5. The YA Contemporary aka “Swim” This one has a name! In which a girl moves back to Jersey for a summer and has to face the demons of her past. The only book I’ve really finished. Currently in its (hopefully) last pass before being sent out to be queried.

6. The YA I-don’t-know-what aka The Island Story This one started as a dream, which is so cliche, as is the idea–strangers on a deserted island falling in love. I woke up one day, wrote thousands of words in a fit of inspiration, then realized this idea is probably crap. Abandoned after two days.

7. The YA Contemporary #2 aka The Play Story In which a girl cast out of her group of friends joins the stage crew of the high school production of Hamlet. I really like this one, though it gets deeply personal for me. Which is probably why it was abandoned after only a month. But also why I just picked it back up.

8. The YA Fantasy aka The Ugly Girl Story I think my problem here was doing what I know not to do and starting with theme. I wanted to write about a girl who wasn’t pretty dealing with the consequences of that in an unfair world, but a medieval world where the unfairness is way worse. It’s gotten really convoluted and difficult. Abandoned after six months, but I really really hope to pick it back up someday.

Not pictured: My dozens of ideas jotted out in my Ideas document and on the Ideas Note of my phone. (But ideas are a dime a dozen.)

So that’s me. How about you? I’d love to hear that I’m not alone in my reckless abandoning!

Photo by Patrick Tomasso on Unsplash

8 thoughts on “How Many Unfinished Novels Do You Have?”