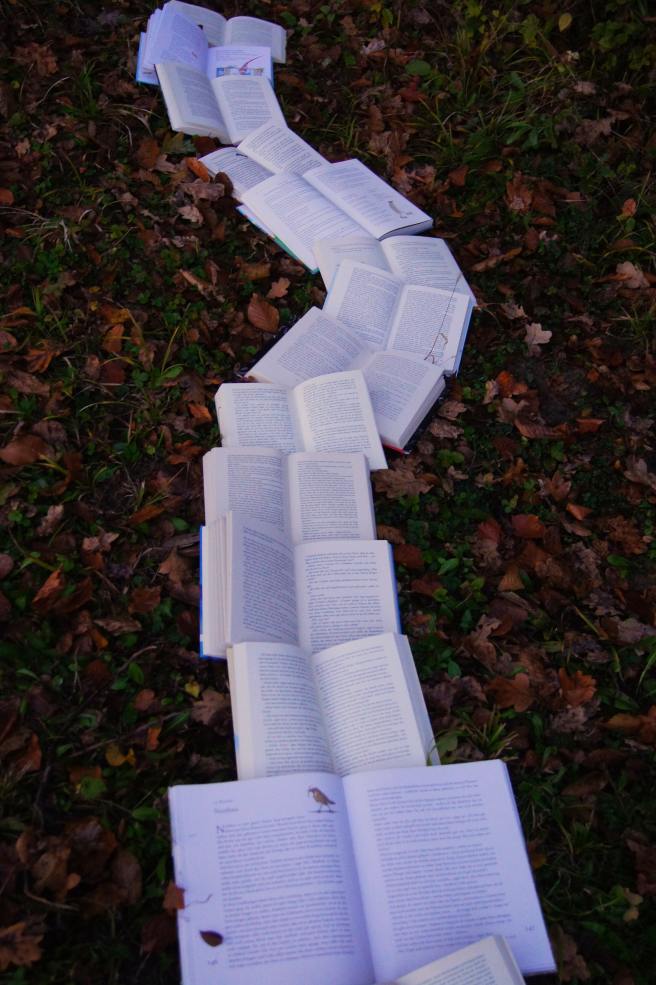 Since getting embroiled in yet another series I love, I’ve been thinking about my favorite series (plural) of all time…

(Did you know that the plural of “series” is “series”? I had to google it.)

I’m not going to unequivocally say I like series better than stand-alone books, just the same way I can’t say I prefer TV shows to movies–a well-told story is a well-told story, regardless of length. But I will say that when I’m in love with a story, I prefer that it end later rather than sooner. That’s why I love series (and TV shows)–you get to spend time in the world you’ve fallen in love with for that much longer.

So without further ado, I present to you my favorite series of all time, in the order in which I read them:

1. The Time Quintent by Madeline L’Engle I read these books in elementary/middle school, and as an avid preteen reader who had subsisted mostly on The Babysitter’s Club and Sweet Valley Twins up until that point, I was blown away by them. They tell epic stories between good and evil in a fascinating blend of science fiction based in actual science, history, and fantasy, with strong spiritual and biblical undertones (but not in an obnoxious way). They follow various members of the Murray family as they save the world/each other, starting with Meg Murray in A Wrinkle in Time, spending a dark and stormy night in her attic bedroom. The best part? I reread all of them a couple of years ago and they definitely hold up to adult-me’s (high) standards.

2. The Dark Is Rising Series by Susan Cooper Another middle-grade fantasy series that I read in my pre-teen years, and another epic struggle between good and evil. (I guess that was something pre-teen me found appealing.) It’s the story of The Light, a special group of people chosen to fight the forces of evil, called (you guessed it) The Dark. It delves into myth and history and Welsh legend (Maggie Stiefvater was actually inspired by these books). These also hold up to adult-me’s standards, though if you wish to embark upon this series, keep in mind it’s very firmly a middle-grade series, more so than the Time Quintet.

3. Harry Potter by J.K. Rowling I mean, obviously. Do I really need to elaborate? I was a little late to the game–I started reading these in college, when books 1-4 were already out, then joined the rest of the world in the excruciating waiting game for books 5-7. I don’t know if any fantasy series will ever be this great. I doubt it.

4. The Dublin Murder Squad Series by Tana French So this isn’t a series in the way the other books are–there’s no box set I can link to. These are detective novels that take place in Dublin, each one with its own protagonist, and each successive protagonist after the first book is a side character in a previous book. You can read them all independently, but there are a lot of nuances about each character that come through across multiple books, so I recommend reading them in the order they were published. They’re so much more than just detective novels–they’re psychological character studies, each one with something profound and true to say about its characters and human nature overall. They’re also so beautifully written. The first two–In the Woods and The Likeness–are unequivocally my favorite books of all time, and I believe them, and Tana French as a writer, to be highly underrated. (I reviewed them both, but if you haven’t read them, don’t go past the jump because there are spoilers.)

5. The Infernal Devices by Cassandra Clare I read this trilogy after reading The Mortal Instruments and found it to be so far superior it was kind of baffling how the same person could have written both. The Infernal Devices is about demon-hunters in Victorian London, and a seemingly ordinary human getting drawn up into their world. It’s a beautiful fantasy story with massive twists and turns in a richly-drawn setting, but what really drew me in was the heartbreaking characters. I cried really hard at the end of this series and remained legitimately depressed for days.

6. The Chaos Walking Trilogy by Patrick Ness These books were, simply put, amazing. The writing, the voice, the world-building, the characters, the themes–amazing. This is the story of Todd, a boy living in a town comprised of only men, where everyone can hear one another’s thoughts, including the animals. It sounds weird, but it’s actually an incredibly relatable story on human nature, war, good versus evil versus shades of gray. I reviewed it here.

Though there are definitely other series I enjoyed, this is the list for my favorites of all time. Have you read them? Are there any great series I’m missing? Let me know!

Photo by Laura Kapfer on Unsplash