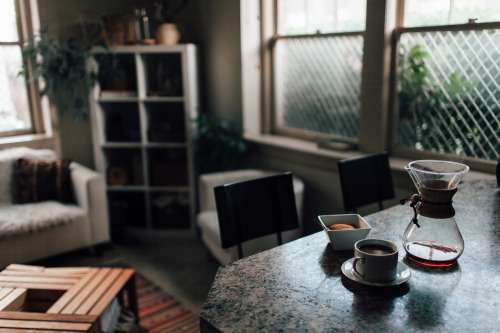 There are a lot of things that go into writing a novel. Today I’m going to focus on an important one–point of view.

One of the first decisions you need to make when starting a novel is: who is telling this story?

That choice is up to you. It can be a character in the story (first-person) or an external source (third-person). (Rarely, it can also be second-person, but I’ve yet to see this done in a way I really enjoy).

You have to decide if your narrator is omniscient (meaning they know all), or limited (meaning their knowledge is restricted to one or more characters). You have to decide how many narrators you’re going to have (for your first novel, I suggest just one. Keep things simple while you’re learning the ropes).

Any of these choices is fine. I’ve seen it done well in a number of different ways. The only rule you have to follow is: once you decide on a point of view, you must stick to it.

If you’re writing in first person, this is relatively easy to do. The narrator will be telling the story as “I did this, I said that,” etc. so there aren’t many chances to slip up. But I still see it done. For example:

I rose, wiping the dirt off my knees. My face was bright red, with dirt smudged under my eye. I looked ridiculous.

Unless there’s a reflective surface nearby, the first-person narrator has no idea what she looks like at that moment. You’re shifting into an omniscient point of view, and that doesn’t really work in first person. But this is a relatively easy fix:

I rose, wiping the dirt off my knees. My face was very warm. I wiped at my cheek; more dirt. I must have looked ridiculous.

Here, everything makes sense, because the narrator is inferring things about her appearance without actually stating anything outright. No point of view problems.

It’s actually a lot easier to slip up and make a point of view mistake when telling a story in third-person. This is where I see people, especially beginners (including me) make the most mistakes.

Your third-person narrator can be omniscient, meaning s/he knows everything, even things the characters don’t, but in most cases, your narration is going to be limited to one or more character’s points of view.

For example, Harry Potter is told in the third-person limited–meaning we are entirely in Harry’s head for the story (the exception being the first chapter of every book, in which JK Rowling notoriously and intriguingly delves into someone else’s mind–but just for that chapter). The story is told through Harry’s lens–what he thinks and sees. We don’t get to hear what’s going on in Ron or Hermione’s heads, or see what they’re doing when they’re not with Harry–we have to infer all this from what Harry observes. And this works (obviously) because JK Rowling sticks to it.

What doesn’t work is when you’re telling the story from one character’s point of view and suddenly state something they couldn’t possibly know. For example, if Clara is the narrator of the following story, this does not work:

Clara rose, wiping the dirt off her shorts. Her knees stung; there was a sharp pain in her elbow.  Her cheeks were bright pink and smudged with dirt. James thought she looked ridiculous.

You’re in two different people’s points of view here. We see how Clara feels, then also what James sees and thinks. And that doesn’t work.

Certainly you can shift points of view in a narration–but that’s best done with a scene or chapter break in between each narrator’s section. Like this:

Clara rose, wiping the dirt off her shorts. Her knees stung; there was a sharp pain in her elbow. Her cheeks were very warm. She had just reached up to wipe at her cheek, coming away with dirt on her hand, when she looked up and saw James walking toward her.

James rounded the corner to find Clara rising slowly off the ground. Her cheeks were bright pink and smudged with dirt. She looked ridiculous.

This works because we have a scene change–we go from being entirely in Clara’s point of view, to being entirely in James’s. That way, the reader knows what to expect. In this second section, we shouldn’t know what Clara’s thinking and seeing and feeling–except by inferring it, through what James thinks and sees and feels.

It’s a rare writer that can pull off a mid-scene POV switch, and I really recommend mastering the single POV narration before you attempt anything too crazy.

I wrote my first novel in third-person, with five different POV characters–and that’s probably why I’m still editing that one. My second novel is first-person, one POV, and while I’m still editing that one too, it took me a lot less time to write and the editing process is going a lot more smoothly. Not to say I won’t return to tackle the 5 POV novel again someday–but I’ll do it with more experience behind me next time.

Image found on this Tumblr

3 thoughts on “Improve Your Writing: On Consistent Point of View”

One of my favorite quotes from my favorite book 📖 🖤 #bookquotes
Just finished #ShadowAndBone on Netflix and I LOVED it. Maybe I’ve just been traumatized by too many favorite books being turned into not-great adaptations, but I really think they nailed this one, from the casting to the writing to the non-book additions, it was just SO GOOD 😭 #nomournersnofunerals
I decided to start a more public-facing Instagram account just for writing and reading, and that’s what this is! So if you want to hear me talk about books (the ones I read and the ones I write), stick around! If you’re more interested in seeing photos of an adorable toddler, follow me on my personal account, @mkwanders. If you like both, follow me on both. In any case, happy to have you 🖤
I miss Paris.
from which they never recovered #fscottfitzgerald
“On Bier’s End, there were summers when nothing happened, and summers when everything did.”