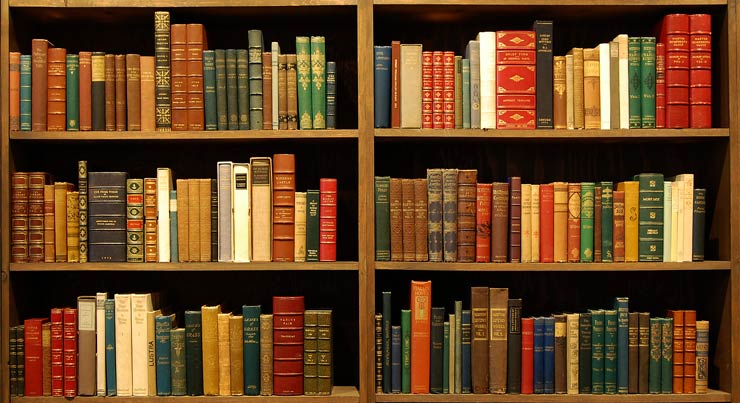 I love those posts where you have to guess the opening lines of classic novels. I’m usually pretty good at it, despite the fact that I’m actually not a huge classics person.

So when trying to figure out the perfect sentence to start my own novel (after having written most of it), I compiled my own list of opening lines from my favorite novels. It’s quite eclectic: everything from classics to children’s to YA to the probably obscure. If you can get them all, let me know! That means you have shockingly similar taste to me, and we should be friends.

Here you go! You can click through to the answers below!

1. Once when I was six years old I saw a magnificent picture in a book, called True Stories from Nature, about the primeval forest.

2. If you really want to hear about it, the first thing you’ll probably want to know is where I was born, and what my lousy childhood was like, and how my parents were occupied and all before they had me, and all that David Copperfield kind of crap, but I don’t feel like going into it, if you want to know the truth.

3. Some nights, if I’m sleeping on my own, I still dream about Whitethorn House.

4. Mr and Mrs Dursley, of number four, Privet Drive, were proud to say that they were perfectly normal, thank you very much.

5. The first week of August hangs at the very top of summer, the top of the live-long year, like the highest seat of a Ferris wheel when it pauses in its turning.

6. Dear friend, I am writing to you because she said you listen and understand and didn’t try to sleep with that person at that party even though you could have.

8. Picture a summer stolen whole from some coming-of-age film set in small-town 1950s.

9. Late in the winter of my seventeenth year, my mother decided I was depressed, presumably because I rarely left the house, spent quite a lot of time in bed, read the same book over and over, ate infrequently, and devoted quite a bit of my abundant free time to thinking about death.

3 thoughts on “On Opening Lines (from MY favorite books)”

One of my favorite quotes from my favorite book 📖 🖤 #bookquotes
Just finished #ShadowAndBone on Netflix and I LOVED it. Maybe I’ve just been traumatized by too many favorite books being turned into not-great adaptations, but I really think they nailed this one, from the casting to the writing to the non-book additions, it was just SO GOOD 😭 #nomournersnofunerals
I decided to start a more public-facing Instagram account just for writing and reading, and that’s what this is! So if you want to hear me talk about books (the ones I read and the ones I write), stick around! If you’re more interested in seeing photos of an adorable toddler, follow me on my personal account, @mkwanders. If you like both, follow me on both. In any case, happy to have you 🖤
I miss Paris.
from which they never recovered #fscottfitzgerald
“On Bier’s End, there were summers when nothing happened, and summers when everything did.”